Leave a comment Posted by Security Dude on March 30, 2012

In data mining, association rule learning (ARL) is a well researched method for discovering interesting patterns between variables in large datasets. Typical usages of ARL is analyzing transaction data recorded from POS systems. Look at the pattern  {onions -> potatoes => burgers}.  These items or patterns, were found in the sales data of a supermarket. Analysis indicates,  that when customers buy onions and potatoes together, then that customer is likely to also buy burgers. Such information can be used for product placement.  Stores can also put onions on sale hoping to get more sales in potatoes and burgers.

So if we can notice patterns in sales data, why don’t we do it for network attacks and normal traffic? Maybe this is where we start by logging and measuring everything for security metrics and recording trends? Does someone have a compendium or list with associations rules already made up for Infosec?

Creating ARL for noisy and heavy traffic DOS and DDOS attacks is trivial. It becomes very difficult when there are many packets, many systems, many devices, many applications, and many people driving those actions.  Finding an attacker on your network becomes overwhelming.  I have more questions than answers at this point.

Machine learning is used from game playing to fraud detection to stock-market analysis. It’s used to build systems like those at Netflix and Amazon that recommend products to us. It can also be used to categorize Web pages , SPAM email messages, and detect attacks by an IDS. Association rules have been patched for Mahout as an Apriori algorithm leveraging Hadoop and MapReduce. This Apriori algorithm is a very popular algorithm to mine association rules. The Mahout ARL algorithm was born out of research in this paper: http://infolab.stanford.edu/~echang/recsys08-69.pdf

RapidMiner, formerly YALE (Yet Another Learning Environment), is an environment for machine learning, data mining, text mining, predictive analytics, and business analytics. It is used for research, education, training, rapid prototyping, application development, and industrial applications. In a poll by KDnuggets, a data-mining newspaper, RapidMiner ranked second in data mining/analytic tools used for real projects in 2009 and was first in 2010.  It is distributed under the AGPL open source license and has been hosted by SourceForge since 2004. Source: http://en.wikipedia.org/wiki/RapidMiner

Leave a comment Posted by Security Dude on March 28, 2012

To process HDD, the solution I found was: The Sleuth Kit Hadoop Framework is a framework that incorporates TSK into cloud computing for large scale data analysis. https://github.com/sleuthkit/hadoop_framework 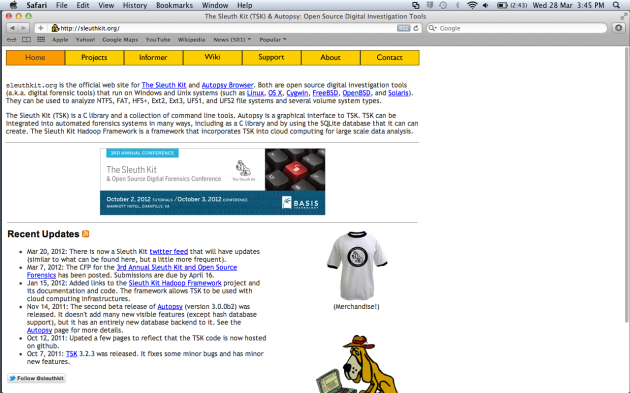 I also found these papers: 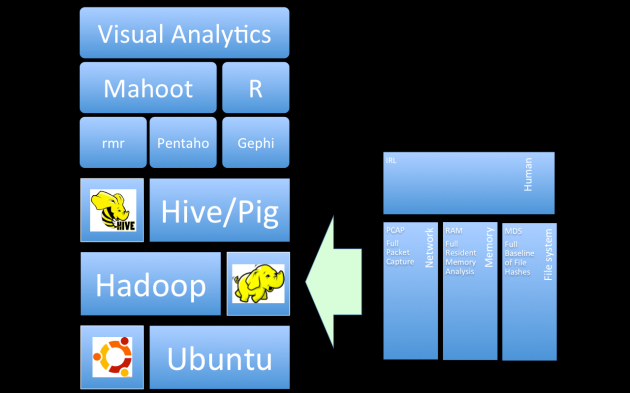 Building a system that can do full context PCAP for a single machine is trivial, IMHO compared to creating predictive algorithms for analyzing PCAP traffic.

There are log data search solutions like Elasticsearch, GreyLog2, ELSA, Splunk, Red Lambda, and Logstash that can help you archive and dig through the data.

My favorite big data security analytics solution in 2012) was PacketPig (now Prevail). In 2014 I noticed another player named PacketSled. I found this nice setup by Alienvault. Security Onion, BRO IDS is a great network security IDS etc distro. I have seen one called xtractr, MR for forensics. Several solutions exist and PCAP files can be fed to the engines for analysis. I think PacketBeat, ARGUS, NTOP, MozDef and Moloch(PCAP Elasticsearch) have a place here too, but I haven’t tackled it yet. There’s a DNS Hadoop presentation from Endgame clairvoyant-squirrel.

I started using PCAP to CSV conversion perl program, and written my own sniffer to csv in scapy. Super Timelines are being done in python too. Once I get a PCAP file converted to csv, I load it up to HDFS via HUE. I also found this PCAP visualization blog entry by Raffael Marty.

I’ve stored a bunch of csv network traces and did analysis using HIVE and PIG queries. It was very simple. Name the columns and query each column looking for specific entries. Very labour intensive. Binary analysis on Hadoop.

I’m working on a MapReduce library that uses machine learning to classify attackers and their network patterns. As of 2013, there are a few commercial venders like IBM and RSA which have added Hadoop capability to their SIEM product lines. Here is Twitters logging setup. In 2014 I loaded all the csv attack data into CDH4 cluster with Impala query engine. I’m also looking at writing pandas dataframes to Googles Big Query. As of 2014 there are solutions on hadoop for malware analysis , forensics , DNS data mining.

I have been recently (2014) using Spark and PySpark on Hadoop to use the HDFS data system with the REPL doing real-time interactive query of datasets. I going to be integrating all of my IPython Notebooks and learning the Machine Learning library built on Spark. It’s going to be an awesome year! https://bigsnarf.wordpress.com/2014/10/22/process-logs-with-kinesis-s3-apache-spark-on-emr-amazon-rds/

There are a few examples of PCAP ingestion with open source tools like Hadoop:

First one I found was P3: 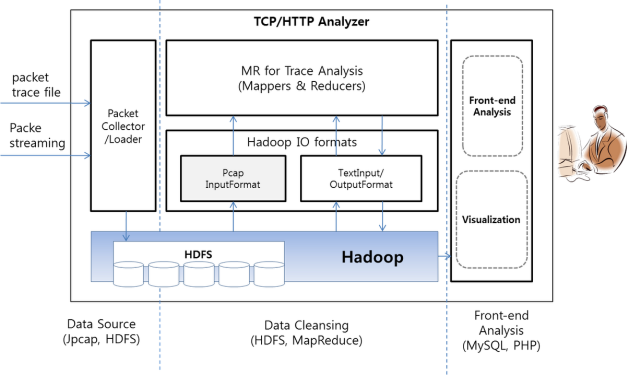 The second presentation I found was Wayne Wheelers – SherpaSurfing and https://github.com/sherpasurfing/SHERPASURFING:

The third I found was https://github.com/RIPE-NCC/hadoop-pcap:

Leave a comment Posted by Security Dude on March 28, 2012

In this post we will look at another sample dataset on predicting the pricing of a car, using a classification tree or decision tree algorithm. First we load the data:

In this example we are using a clustering algorithm on the data.  We load the data: 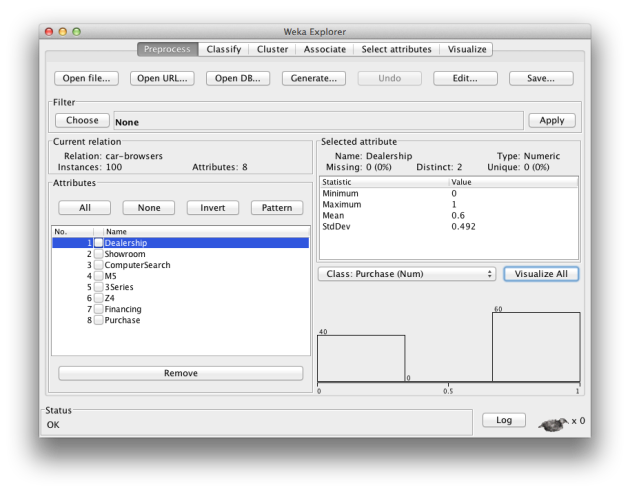 Leave a comment Posted by Security Dude on March 27, 2012

What is data mining? I didn’t know and it sounded like secret magic stuff. After digging, mind the pun, I found out it’s alot of advanced math beyond simple addition and subtraction.  The math is around algorithms that do different things.  I found that there is a deep science to working in the data mining and predictive learning field.  It is different from Artificial Intelligence and Statistics. In the past few months I have learned from online resources like STATS202 course. I learned about Machine Learning from Andrew Ng class. I learned about AI from Introduction to Artificial Intelligence. I learned about munging data with Pandas Python. I learned how to rip Twitter and weblogs with R. I learned about using Pentaho PDI and Hadoop.

I’m now learning about WEKA and data mining and munging data to get into the ARFF format for predictive analysis.  The secret magic stuff is gone, and I realize that getting the data into the tool of your choice is hard part.  Getting accurate results from your tools is hard stuff. Finding case studies and examples for Infosec is also hard to do. The goal of data mining is to create a model that can help you interpret your data.  Add visual analytics and you have the recipe to process your data and gain some insight to action. 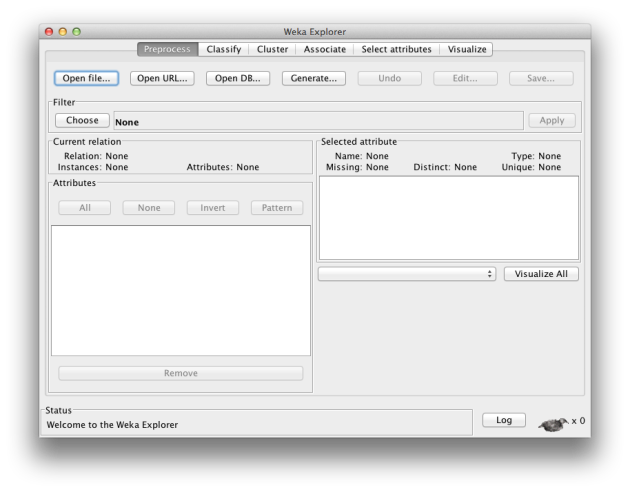 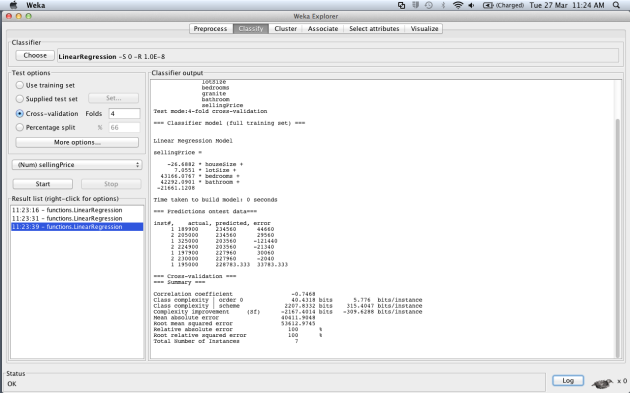 We have created an algorithm for predicting housing prices based on the sample dataset:

Basically plugging in the 4 variables like houseSize, lotSize, bedrooms and bathroom we can calculate sellingPrice.

OSINT includes a wide variety of information and sources 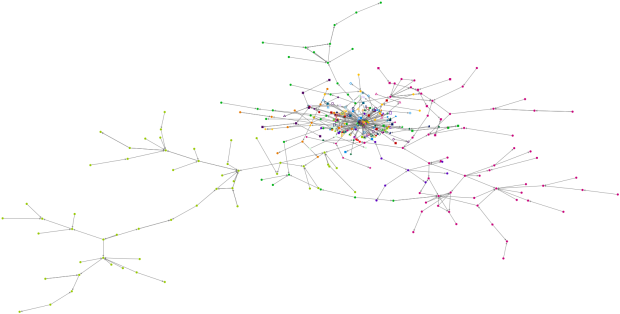 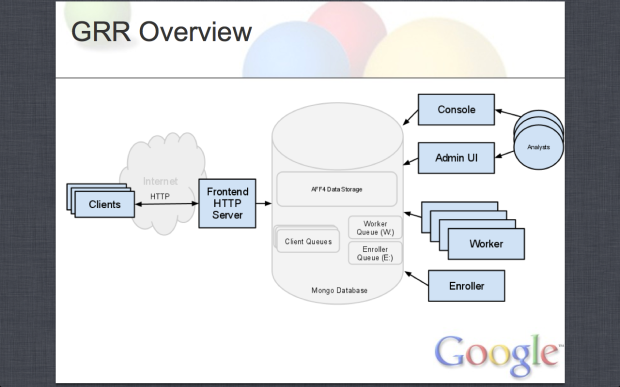 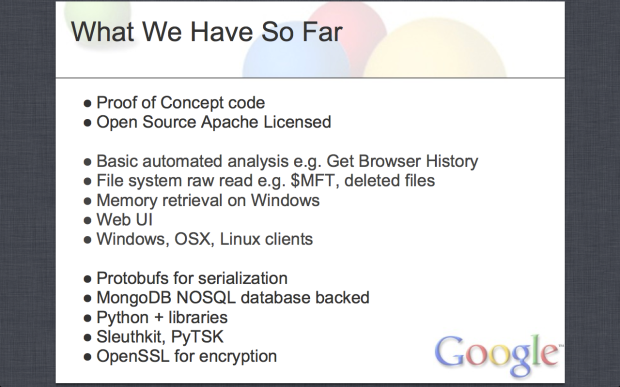 Distributed forensics and incident response in the enterprise

To install GRR you’ll need to set up a server, which runs the front-end HTTP server, enroller, workers and administration UI.

For this proof-of-concept they are installed on a single server, but a more scalable approach would be to run them on individual servers.

The GRR clients are best deployed as stand alone pre-packaged binaries. These are dependent on the Operating System of the client system

The Linux client currently is not provided as a binary, but instructions on how to run a test/development version are included in the server installation documentation. 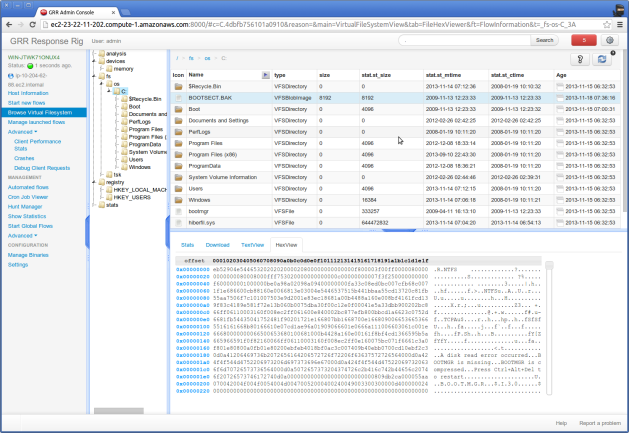 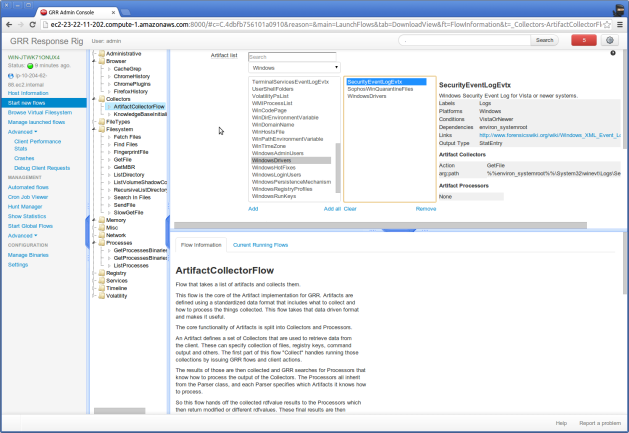